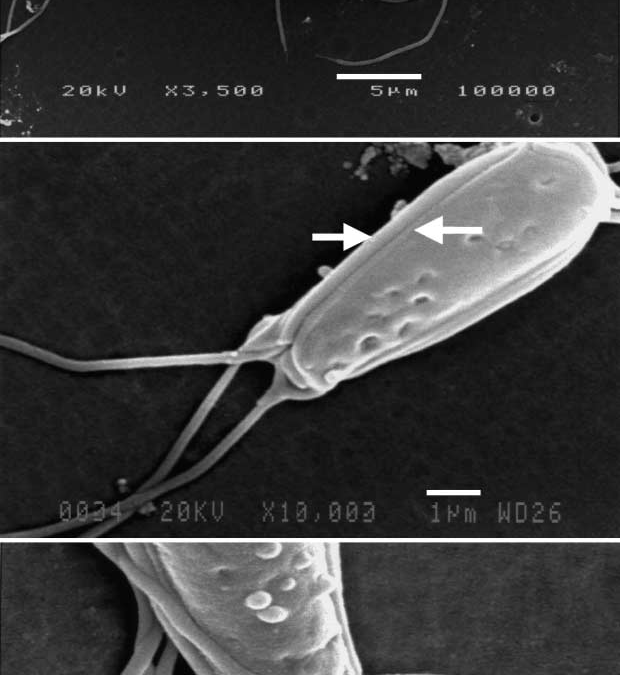 I have been researching and studying Spironucleus Vortens for over a year and i would like to share with you all some of my findings.

Spironucleus Vortens is the correct name for the protozoa we all know as Hexamita, When this protozoa was first seen in Cichlids it was diagnosed as the human infecting protozoa Hexamita. It was later discovered that this protozoa has a different Genome than Hexamita. It has since been classified as family: Hexamitadae but the genus: Spironucleus Vortens.
S. Vortens is commonly found in Cichlids although research has been unable to ascertain the reason for this. It is common in all species, from African Cichlids to North, Central, and South American cichlids.
Most Cichlids carry S. Vortens with no symptoms of having them, however if conditions are good for the protozoa it will multiply and overwhelm the fish, causing illness. S. Vortens are known to occupy the mucosa found in the intestine, however they can penetrate the walls and infect other organs of the body. IF this happens it can be fatal. some of the symptoms of illness include white mucousy poop, darkening in color, sluggishness, refusing food, and hiding. These symptoms are the same as many other diseases, making it difficult to know what is going on in your fish. S.Vortens has also been found in the wounds associated with HITH, however it still requires further study to find if S.Vortens is the cause of the wounds or is opportunistic in this case.
In December 1999, Virginia Tech did a study of angelfish infected with S. Vortens in order to determine the optimum growing conditions for the protozoa as well as treatments for it.
During this study, it was found that S Vortens optimum growth conditions we in temperatures between 22C (71f) and 28C (82f) with a PH range between 6.0 and 7.5. These temperatures and PH range covers most of the Cichlids we keep.
In this study they tested treatments of the nitroimidazoles and the benzimidazoles, from the meds tested pyrimethamine, magnesium Sulfate, albendazole and fenbendazole were completely ineffective, however metronidazole, mebendazole and dimetridazole were all effective with mebendazole being the most effective.
In another study done in 2000, an in vitro study was done in order to ascertain the best conditions for optimum growth of S. Vortens. This study was done with S. Vortens growing in medium, in different conditions. The results of this study mirrored those of the last. Optimum conditons were found with temperature 22C-28C. It was found that with a temperature of 30 and higher all S. Vortens died in 4 days. Optimum PH range was 6.0-7.5. With PH above 8.5 and below 5.5 all S. Vortens were dead in 24 hours.

So in Theory, taking into consideration both studies, with a PH above 8.0 and below 6.0 S. Vortens cannot survive. This is interesting news for sure.

I hope this article has been both informative and useful.