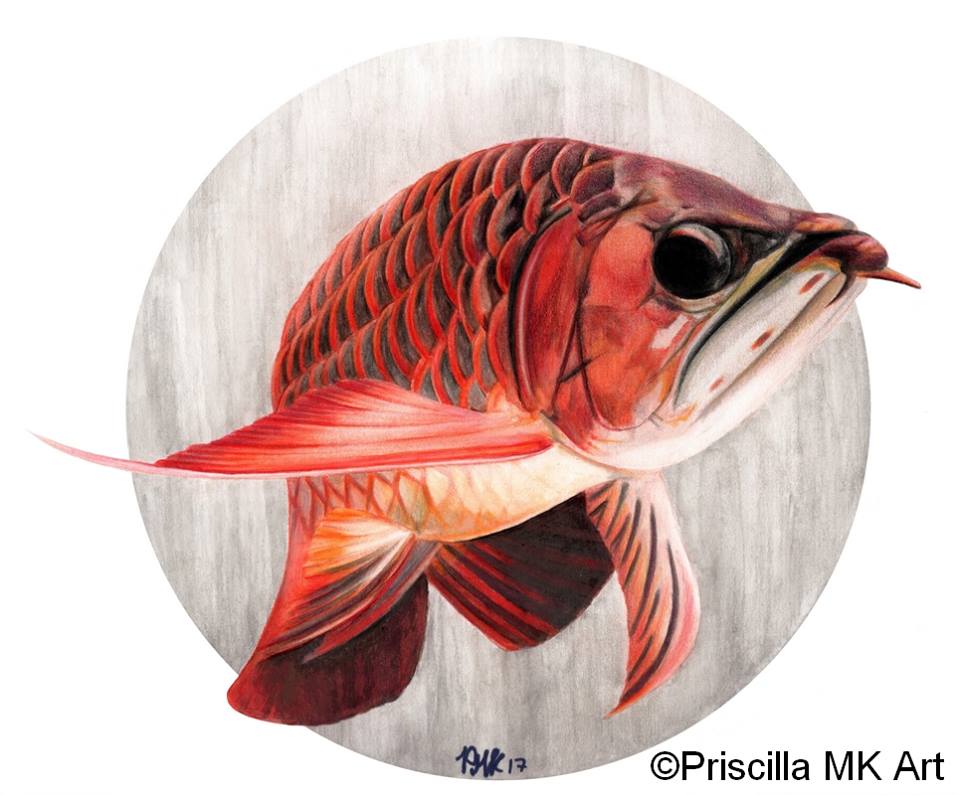 Go Jump Into a Tree

You are probably thinking that the title of this article may not belong in a newsletter that is for fish keepers but due to the fact that the Family of Fish Keepers keep a variety of species of fish around the world you may not have thought of the diversity of some of the fish that belong to the Family Osteoglossidae that are in two different Genera Osteoglossum that includes two species known as the Silver Arowana and the Black Arowana that inhabit the waterways of the Amazon River Basin in South America which are very popular Monster Fish that are kept in Public Aquariums and by hobbyists around the world. These two species have been presented by National Geographic presentations with the fish jumping out of the water to obtain many different types of prey in trees along the banks of these rivers systems and are called River Monkeys by the native people. These two species are also being bred by Asian Fish Farms and the fish farm breeders have developed several manipulated strains that are available in the hobby today. These two species in their native habitats are not a concern currently as there is a healthy wild population of these particular species. A lot of specific care though must go into keeping these particular species such
as having aquarium sizes big enough to house these fish that can obtain a size of 4 feet long in the wild and generally the average Arowana in the aquarium can easily obtain 3 feet long so not only would you need an aquarium at least that of a 240 gallon aquarium but you would have to definitely cover these aquariums so that the fish does not jump out of its aquarium. You do not know how many people have lost these wonderful fish due to insecure ways of covering there aquariums in trying to prevent that from happening. As some fish keepers are barely able to keep these in aquariums could you imagine what size of pools they are bred in, in fish farms in Asia? Now in saying that I think at this point in the Look into Aquatics I would like to present a wonderful video done by King and Queen Cichlids on Youtube and let them discuss a little bit about how they keep their two Silver Arowanas as a hobbyist that enjoy keeping these fish and this may guide the average hobbyist in the way that they keep their Arowanas and feel free to comment on that actual video.

Now there is the other Genus that belongs to this Family and that is the Genus Scleropages that includes 7 different species and some of these species are endangered in the wild however through C I T E S managed fish farms in Asia they are bred commercially for both the Public Aquarium stock as well as the countries that allow these species to be kept under special government permits that allow these fish to be imported into their countries. Unfortunately there are several countries that do not allow their importation at this time as arrangements have not been made with the specific governments to allow the importation of these species and many countries may consider them a risk to their environment however with the value of these wonderful particular species that are sold from around 3000 starting price in Canada to the record worth of one being worth over 300,000 Dollars Can you tell me what kind of Hobbyist would have that type of money to let them loose in their natural habitats knowing full well that the Government Permit is tracked back to them ? I can well understand the odd hobbyist maybe putting in an over sized pleco and having them get loose in the waterways of Florida through the various different hurricanes that hit that Area but who in their right mind would put themselves at risk for spending tons of money and then letting them go in their native waterways? In Canada I am sure that those of you that know Joey that is the Do it Yourself King of Aquariums have them and have seen the type of permits that he has talked about on his channel but how many of those people in especially the United States would consider spending that kind of money on a fish, getting a proper system to hold that fish would actually have the money to afford them we are not talking about a $5.00 Common Pleco here that grows to 2 feet long that hobbyists are not advised to not buy for their 10 gallon aquarium here that can not afford to go out and buy an aquarium that has become a pest down in Florida (that should be
caught and packaged up for Asian food Market Needs as they are considered a delicacy over there) No we are talking about a $3000.00 fish that requires a permit from a CITES sanctioned farm in the Orient. Sure we must remember about the ones in the Wild that are protected as they are Endangered Species and should be protected but if you truly understand their culture it stands for happiness and prosperity and is that not what the American policy is so why not those in the United States that have got the prosperity to keep these wonderful species that are threatened in the wild but through proper channels are available to show prosperity of the Aquarium Hobby as Predatory Fins Channel promotes #legalize arowana for their customers that are taught about the species by them to keep all the other fish that are monster fish and are legal to keep in Areas of the world that have made arrangements with the governments for recognizing this breeding program I think that a lot of hobbyists that are a part of the C A R E S preservation program would be aware of some of the fishes that they keep in their aquariums through very similar types of C I T I E S Programs. Another issue that could be brought up in this is the people that are caught smuggling in these fish are punished but the people that are doing this are taking fish out of the wild illegally. So this particular program would help protect the species in its natural habitat as it is under a C I T I E S Program and they are being bred in the countries of origin specifically to protect the species as well as their natural habitats. It is not everyone that can breed and raise Arowanas, and can be shipped easily around the world. To close off this article that is written on behalf of World Aquariums Singapore I would like to invite you to watch these beautiful Arowana species known as Dragon Fish that are also known to fly (Jump) on his Channel .. As it is said by the Australian fish keepers who also have another species of Arowana in their waterways One World One Love One Peace Happy Fish keeping!
Thank you for letting me Rant!
Chewy! 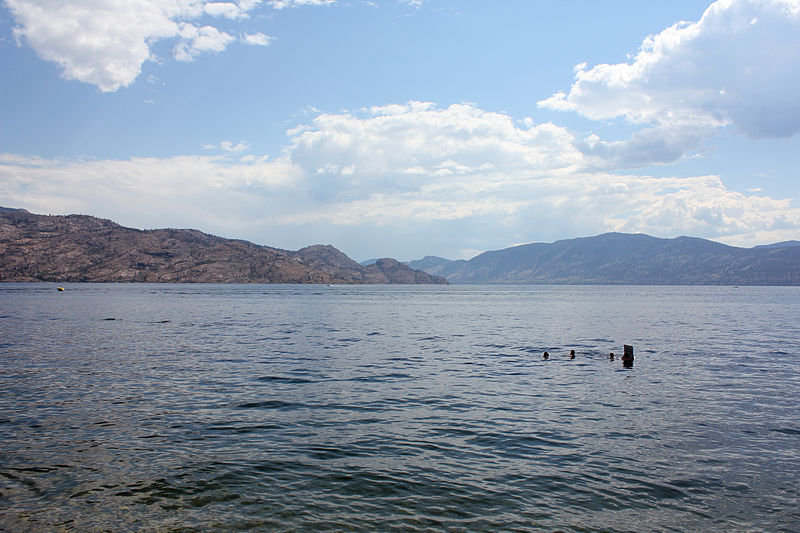 Why invasive and exotic species are not really the responsibility to show blame to for exotic species being put into waterways. Well I would like to thank Susan for asking me to do an article for her website.When you study fish and their natural habitats throughout the time period of the hobby you would realize issues dealing with introductions done by the government officials world wide. I am sure that those involved with the Introduction of the Nile Perch and what it caused in regards to so many Lake Victoria Cichlids going extinct and endangered which are part of the hobby involving the species maintenance program known as C.A.R.E.S. that has been covered by many of the great speakers in the hobby such as Greg Steeves and Lawrence Kent who at the time that I am writing this article is going to be at the American Cichlid Association Convention on July 18th – 21st that is being promoted by King And Queen Cichlids channel on Youtube.

However is some of these issues of invasions correctable by the Tropical Fish Hobby or companies involved in the hobby. This topic I would like to cover just from the basics of what we in the aquarium hobby use in our fish rooms and that is frozen Mysis Shrimp. Yes the simple Mysis Shrimp is an invasive species that was introduced in Okanagan Lake in British Columbia Canada. It has affected the fishing in the lake so many people that live in the area worried about Mysis Shrimp that some societies tookit upon themselves to worry about this situation to notify people about this horrible problem. One such group is the
Osoyoos Lake Water Quality Society and I suggest for more information go to the following URL.

Now many different people may not know about this at the time in the aquarium world but those that like sport fishing for trout were beginning to wonder what was happening to the stocks of fish that were suppose to naturally be raised in that lake. Turns out that these species do not go down to the bottom of the lake to feed on Mysis shrimp and they were out competing the salmon species fry for their natural food. So a company was hired for the removal of these shrimp originally owned by some people in Canada who basically sold the operation to Piscine Energetics. I am very pleased to announce that I got permission from my friend professional TV News broadcaster and Tropical Fish Hobbyist John Carlin at fincasters for the permission of using his video and interview with his guest from Piscine Energetics, makers of PE Mysis aquarium fish food, harvest the shrimp from lake Okanagan in British Columbia, Canada. The patented harvest method removes the shrimp, which are an invasive species, from the lake without damaging native landlocked salmon stocks.

In Closing I will say this. Now then I know that some people in Florida go out and catch live exotic aquarium species and put them in their aquariums and some even sell on YouTube there are issues of pathogens and properly quarantining these fish but how do you think that the hobby could become more involved in learning about invasive and exotic species and how could the hobby benefit? Are people getting the factors of not letting out species from their aquariums into other ecosystems or have they gotten there by other means? And how can the hobby maybe get involved in helping to eradicate invasive species in your country?