Professor Chewy’s Look at the Internet 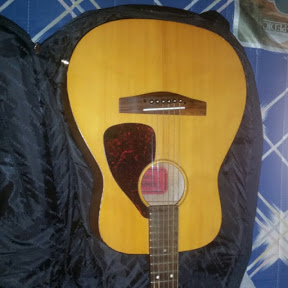 Professor Chewy’s Look at the Internet
by Chewy Ltd
Aug. 4, 2019

As my friend Scott of King And Queen Cichlids pointed out a while ago on a released video from their channel, I have been in the hobby for quite some time even when I was knee high to a grasshopper I have been affected by the fish hobby. When you think of the old methods of how clubs would do slide shows and video night involving the clubs it was just like watching with the local family but the Internet has been around for quite some time and though it is said you can not teach old dogs new tricks some can figure out certain things to be involved, but now a days the young whipper snappers have become more involved in the aspects of the hobby especially on YouTube and other social media. In some ways this has taken away from the local club scene in some places but generally it can be said that it is part of the growth of civilization and the hobby. When Aqua Funk of Aqua Funk Aquatics Dared me to write an article I let him pick out the topic which has come up on many different channels. How it is to be a part of the hobby from the aspect of a person that has been in the hobby over 55 years? Many things have changed in this aspect from the 60’s to today and at one time some local fish clubs had locally presented TV shows with Cable Companies. Now with YouTube the professors, doctors and well known speakers in the hobby are basically not as well known as some of the younger people that are involved in the Hobby Today however when you think of people like Wayne Liebel, Laif DeMason and Dr Paul Loiselle most of the people in the Youtube audience do not know these people that have influenced the hobby by writing books and articles for publications that a lot of hobbyists may or may not of heard of. When I began in the hobby we would watch films like this in the hobby and just look at the difference in the equipment between then and today Here is an example of footage that was shown in clubs in the 60’s now if you take the time to look at this type of film you can see some of the limitations and time that is taken to go into these productions and updated into digital format.Do we expect the Experts in the hobby to keep up with this type of learning curve and meanwhile some of them are well respected in such organizations such as the C.A.R.E.S. Education Program.
Publication date 1957
Usage Public Domain
Topics science vs. religion
Publisher Moody Institute of Science

I do believe Aqua Funk Aquatics that you asked a very intriguing subject so why not take it to someone that has got a channel and ask her while you dared her to impersonate yourself for a portion of the stream. I do believe that some of these answers to the issues are problems within the fish community we can only express what we know meanwhile they are trained biologists and experts in the field so I took the questions to Suzy from Que Aquatics and asked her these questions as to how can we bring the knowledge that they know to the YouTube Fish Community as well as the internet as a whole but I also would recommend joining the local fish club and the national fish clubs like the American Cichlid Association, American Killifish Association, The American Livebearer Association and the various different other clubs and National Organizations that specialize in that particular line of fish. These clubs tend to have speakers all the time, that the knowledge should be brought forward to the public and many other channels have interviewed several different speakers . Listen and Watch this URL and think about how the old timers in the hobby are at a disadvantage of the YouTube Media because of the learning curve of production while most of them are basically senior citizens that have directorship rolls in the hobby.
Suzy’s Sunday Stream #12

So what would you do as a YouTuber and a hobbyist to spread this information?