Give the Oceans a Hand by Shopping Secondhand 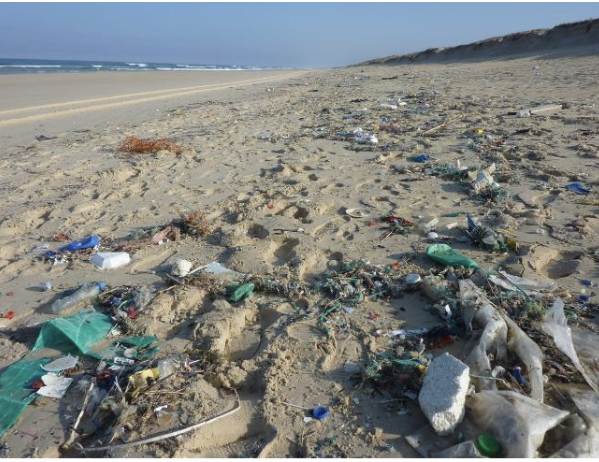 Everything humans do affects the world’s oceans. Sometimes our actions have an indirect impact, such as the case with chemical runoff from landfills. Other times, our irresponsibility causes direct and undeniable harm to the environment and the life within it. It’s up to us to take action now so that our children and grandchildren don’t have to bear the burden of an unstable ecosystem in the oceans we all rely on for food, travel, and recreation. Read on for some great tips from SLC Aquatics.

Manufacturing new items takes a toll on the environment. The creation of something new requires vast resources and can leave lingering chemicals and other waste on and in the land and sea. Every industry from textiles to vehicle production leaves behind remnants of the manufacturing process. One of the most effective methods for reducing the production of new, and therefore environmentally-taxing, items is to actively participate in the secondhand economy.

You can participate in secondhand shopping by visiting yard sales or thrift stores. Further, actions such as donating unused household goods, vehicles, and clothing, keeps these items in circulation and out of the oceans and landfills. This reduces the negative impact on marine habitats and lessens the amount of chemicals and debris introduced into the aquatic ecosystem.If you own or manage a business, making operational decisions in line with protecting the environment is a smart way to go in many aspects, one of them being a boon to the bottom line.ZenBusiness cites an Accenture study that showed 62 percent of consumers were attracted to certain brands because they were committed to green initiatives.

A great deal of household waste won’t be suitable for continued use in its current state. However, there are other ways to reduce marine pollution while extending the useful life of what might otherwise be considered trash. Recycling is one option. According to Residential Waste Systems, recycling is one of the most beneficial things people can do for the environment. Specifically, recycling items such as glass, aluminum, and plastic, will reduce the need for harvesting raw materials. But more importantly, it will keep these things out of the ocean.

Perhaps more effective in the long term than recycling is to cut down on the amount of nonbiodegradable materials we consume in the first place. Today, Waste Dive notes that there are 5.25 trillion pieces of plastic estimated to be in the ocean – 269,000 tons of this remains on the surface.

For a small glimpse of the potential issues this can cause, one only needs to take a look at the snapping turtle fittingly named Mae West after the curvy 1930s starlet. This unfortunate animal was caught shortly after birth inside of a tiny plastic ring used to secure the top of a milk jug. It left her permanently deformed, with an hourglass shape better suited for the silver screen than life in the ocean.

Individuals and industries alike can take steps to reduce overall raw material consumption to diminish solid pollution in the ocean. Carlsberg Beer has taken the important step of eliminating the plastic rings traditionally used to hold cans together. And another way people can help is by investing in reusable water bottles instead of buying bottled water.

It took more than one generation to leave our oceans in the state they are in today. But it is our generation that can take the initiative of putting things back the way they were and should be.

You may not believe that one person can make a difference, but remember that one person’s seemingly innocent purchase of milk forever changed the face of the effects of irresponsibility.

SLC Aquatics loves discussing anything having to do with fish — from fish tank designs to challenges you may have raising fish. Get in touch today!