An update on the Asian Arowana 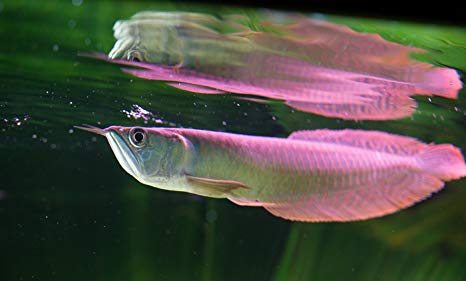 The introduction of this video was done by YouTuber World Aquarium Singapore for the purpose of this educational video. However, unlike the video that is on the World Aquarium Singapore channel where he discusses the issues of choosing ornamental Asian Arowanas and their care, this video gets into the knowledge about why these ornamentally raised fish by the Convention on International Trade in Endangered Species of Wild Fauna and Flora registered Asian Arowana farms in various different countries in Asia.

The Convention of International Trade in Endangered Species of Wild Fauna and Flora are involved in many different fish species. Aquarium hobbyists know about throughout the world from a variety of families that are bred in conventional fish farms without the issues of being a prohibited species and without a form of tracking unlike the Asian Arowana.

What some people may not realize is that these sanctioned farms in Asia go through strict security that have set guidelines that are over seen by this organization to assure that each of the fish are properly chipped (GPS tracking Chip) that is easily scanned and tracked as well as strict bio security unlike the fish farms in Florida and other parts of the United States. These farms also have to be licenced by CITES and each farm gets a special tracking chip just in case fish get stolen or released into the wild.

Asian arowanas are no different than any other endangered fish in the aquarium hobby each fish that is kept in low population will have some issue with human manipulation of genetics. So like guppies there are various different ornamental strains of this fish available to those countries that accept the registration of these farm raised animals.

The laws involving wild Asian Arowanas and other fish still are under the guidance of the laws determining these fish in the wild.

So why is it that the United States is not part of the acceptance of importing Asian Arowanas with the fish actually costing money for paper work to prove that the fish is farm raised as well as the fish easily being traced by a GPS chip. When this cost so much money it is very unlikely that some person would be ignorant enough to let them go when these fish in the Canadian Market place for example can average well over a $1000.00 and be traced back to its owner unlike the other fish that are invasive to several parts of the United States

Now a question would also be is the USA government and their representative aware of endangered fish?

Quite obviously yes as many other hobby organizations that really have no say in government policies have been involved in bringing in fish that are just as endangered that you see not only on Youtube but in Aquarium Hobby today.